How To Become More Referable When Networking

I hate to be the one to break it to you; however, I’d estimate that more than 90% of business networking is a waste of time. It’s non-strategic, poorly executed, and bears little fruit—there I said it!

Now, now, wait a minute! It doesn’t have to be a waste of time. It’s just my opinion that most business professionals are either, whether they know it or not, not very good at it or are simply lazy. That’s unfortunate, considering the large volumes of time and money that small businesses throw at this marketing strategy.

In Malcolm Gladwell’s “The Tipping Point,” he introduces the concept of “connectors” as people with a special gift to bring the world together. Now combine that concept and attribute with author Seth Godin’s concept of “sneezers” from his book “Unleashing the Ideavirus,” and now you’re talking! You’re networking with people your target market both already knows, likes, and trusts, and that will actively and willingly help you get your word out. I call these folks Networking Rock Stars. Play well in the sandbox with them and let the referrals roll – that is, assuming that you, your product, and your service are worth referring.

Networking tends to be very fruitful for the networking rock stars of the world. Regardless of whether it is 1-on-1 networking or 1-to-many networking, they regularly get qualified referrals. They constantly are connecting with a steady stream of targeted prospects. Why? – Because their networking is typically very strategic and well-executed, they have become more referable!

Networking rock stars understand this. They don’t leave this to chance; they create their ideal reality. How do they do this? Well, here are a few tips to get you started

Make it EASY for your network to refer business to you! How?

Make it LUCRATIVE for your network to refer business to you! How?

Make it FUN for your network to refer business to you! How?

Some key questions to ask yourself are…

If not, then in the words of the late, great Burgess Meredith from the movie Rocky II… “What are we waiting for… take this!” 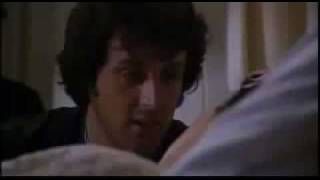 This post was initially published on March 29, 2009, and has been updated for freshness, accuracy, and comprehensiveness.