Feeling the pressure of too little result for too much effort? In this video, business coach and co-author of #1 Bestseller “The Mindstretch”, Dean Mercado, discusses how to avoid distractions from the bright shiny object and get more out of your efforts! 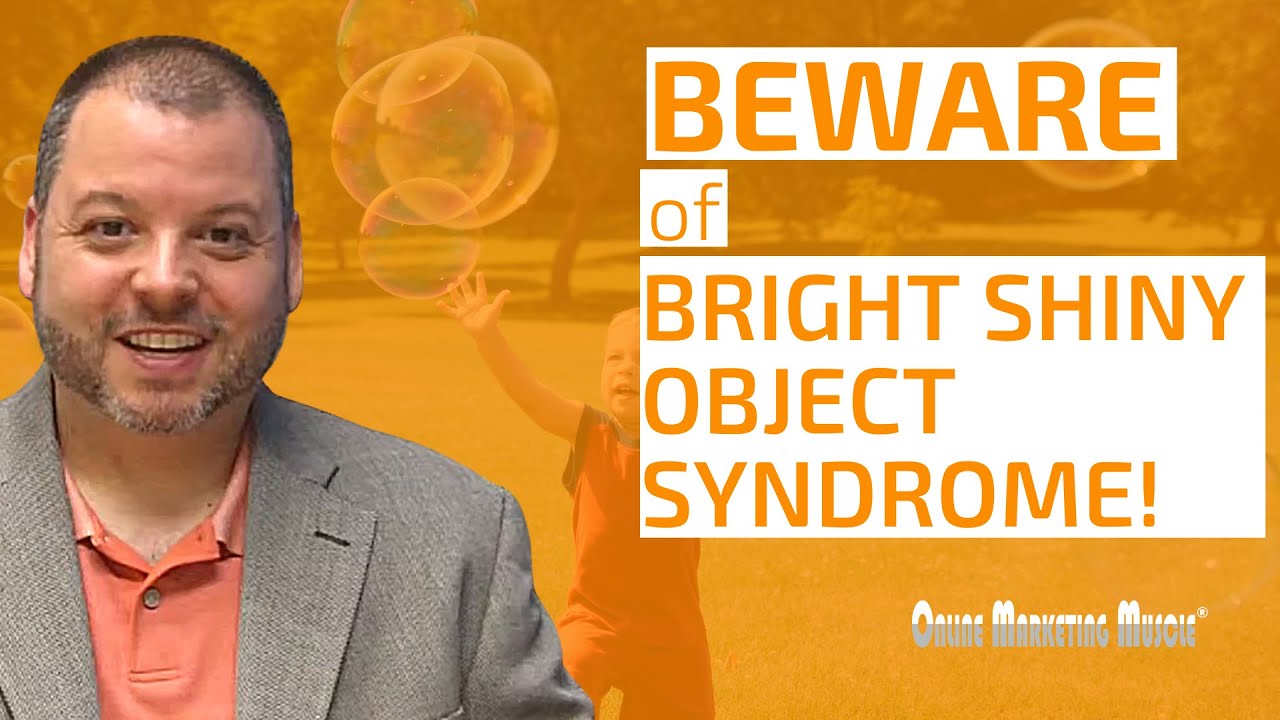 Hi this is Dean Mercado from Online Marketing Muscle and welcome. Today’s topic is about a question that we get asked over and over again in terms of things are tough. Different opportunities keep coming my way. What should I do?

Well part of the challenge there is we get lured into that. That’s why we call it the bright shiny object. Something going across the scenery that looks so exciting and sexy, maybe if I was just there. As opposed to where you are now.

We say it in a way beware the bright shiny object for a reason because a lot of times they are a puff of smoke. It looks sexy, it’s that concept of the grass is always greener on the other side. So what I want to do is throw a couple of tips at you when these things do happen. And it will happen, especially when things are a little tough.

How do you maximize what you are currently doing? Have you exhausted all possibilities of becoming better, becoming more for your clients. Can you up your services in any way? Can you add more value into your services? Can you make yourself more indispensable to your target market where you become that only obvious choice as opposed to just remaining where you are now and staying status quo. Think about maximizing what you’re already great at, what your target market is already asking you for. Or seemingly what they more interested in buying.

Maybe that means having some conversations with them to find out what they would be willing to buy as opposed to just deciding to drop this and jump over here. Now it’s like starting all over again. And whatever progress you made up to that point with what where you were in your business, you’re just willing to sacrifice it and throw it out the window? The idea there is don’t. Not without proper due diligence. Yes, sometimes it does make sense to shut a business down, shut a product line down, but make sure you are giving it it’s proper due diligence. Did you give it everything you got, did you maximize what’s possible there? Think that through a little bit before you just jump ship.

A book that I could recommend that you do read was written by a guy named Russell Conwell and it’s called “Acres of Diamonds” and in a nutshell essentially it’s about a farmer probably from the 1800’s somewhere who heard about the diamond rush going across the continent of Africa, decided to sell his farm in search of diamonds. And essentially what happens was he ended up killing himself in the process, never found diamonds in his search and in turns out the person who bought his farm ended up in the river that cut right through the property ended up discovering what ended up being the biggest diamonds ever. And then only to further discover that the farm itself was one of the biggest diamond mines known at the time. The idea was a lot of times we’re willing to sell off what we have and jump to what seems like the best thing since sliced bread coming across your plate. Is it really? Think about it and make sure you’re giving it the proper due diligence.

Sink your teeth in

Figure out what those 20% of activities you can perform are that can generate the 80% of your revenue and get rid of the rest. Get rid of the fluff. The stuff that just isn’t cutting it. It isn’t working, isn’t making sense. Because it’s that busyness that makes us a little nutty in our business. Makes it seem overwhelming. Does it really need to be?

Are the activities that you’re engaging in providing the 80% of your income, your revenue, your potential?

It’s a lot to think about. Beware the bright shiny object. It does look sexy, it has an allure, it will suck you in, it will become your M.O. over and over again. It has that power, that alluring power. Watch out for it and you know there are going to be a lot of other people out there going to you know what, check out this opportunity. That’s going to always be going on, but think about instead of that have you given what you’ve got everything you’ve got. Have you become more for your clients and gave them a reason to spend more. Big question for you. So for Dean Mercado, Online Marketing Muscle, I hope this was valuable for you. Beware of the bright shiny object!

Let's Have A Conversation
Scroll to Top